It’s all about intentions 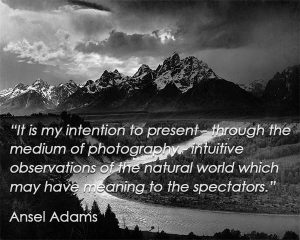 So, you’ve found something you want to photograph. Do you just point and press or do you stop and think first? What goes on in a photographer’s mind between the time a possible shot is seen and when the button is pressed?

Let’s assume I have a subject in front of me which has attracted my attention. It may be a subject which tells a story, which I find visually interesting or which has evoked an emotional response. My first and most important thought is, “What is my intention?” What is it about this subject that makes me want to photograph it? How do I interpret that subject using all the tools at my disposal? By tools, I don’t just mean the camera and all its settings and gizmos. I also include the skills, knowledge and experience that I’ve built up over the years. My purpose is to take the photo in the best way I can to realise my intention.

This is my usual starting point. Deciding where the camera position should be in relation to the subject is critical. There are several factors to consider:

Once I have established the composition I may lock it down using a tripod. This is a good idea in many situations even when there is plenty of light and you can use a fast shutter speed. More of tripods later.

Often I will compose generously to allow for cropping and straightening in post-processing. I’m not always an expert at holding the camera straight. I think it’s an age thing! 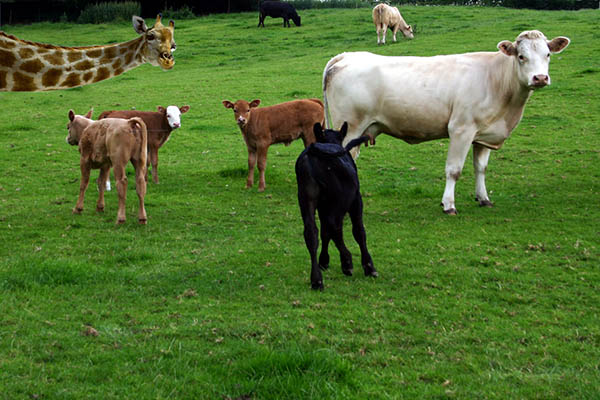 Can you spot anything in this image which distracts? 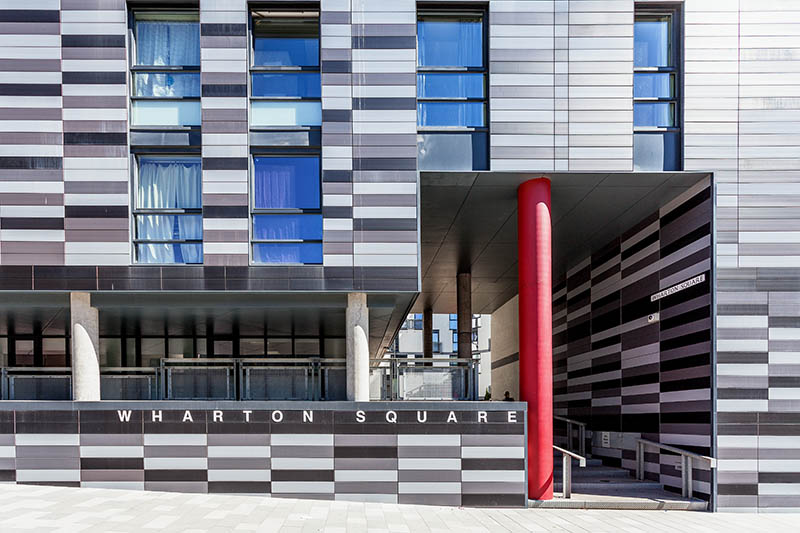 In this shot, I had to tilt the camera which resulted in the building leaning back.
A generous composition allows for straightening in post-processing.
(Drag the vertical line to see Before and After)

Choosing a shutter speed is also to be considered here. The speed needs to be fast enough to guarantee there is no camera movement. I may also want to freeze any movement in the scene. Plants are notoriously prone to being unhelpful where movement is concerned. So, a sufficiently fast shutter speed (or a tripod) will be required. Of course, I may deliberately choose a slow shutter speed as it may be my intention to have some movement in the shot! 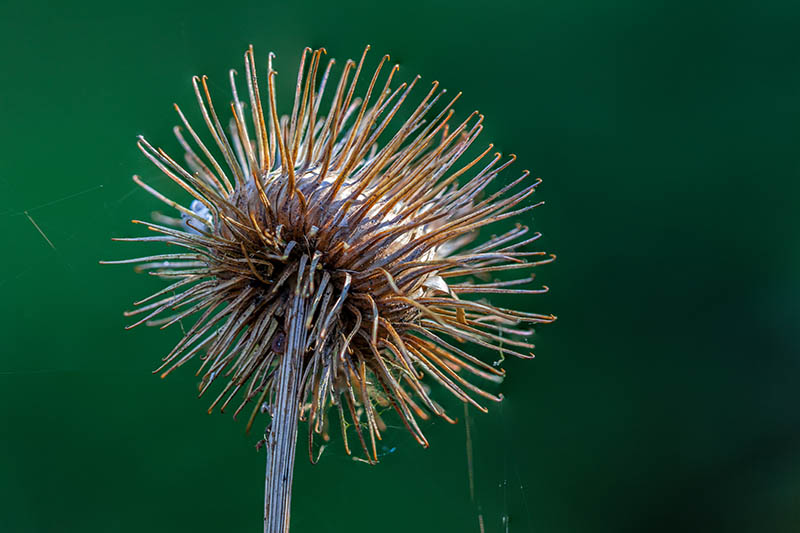 My intention was to have the plant in focus with a very soft, out-of-focus background. This was achieved with six shots taken with an aperture of f5.6 (100 mm Macro lens) which were then focus stacked in Photoshop.

The intention was to capture the movement of cars against a sharp background.
A shutter speed of 1/6 second was sufficient to blur the cars. I used a tripod and a 17mm lens with an aperture of f5.6 ensured all the static elements were in focus.

The key here is reading the light and deciding which exposure will realise my intention. Rarely do I rely on the camera to expose the scene correctly. The camera’s light meter simply offers a suggestion which I can choose to accept or vary. Exposure captures the mood of the scene and there are always choices to be made. Where there is a low dynamic range in front of me, it’s relatively straightforward. But in many cases, it’s not so easy. Where there is a high dynamic range AND you want to retain detail in both the highlight and shadow areas, it may be that multiple exposures are required to be blended later in post-processing.

In many situations there just isn’t enough light to expose the scene correctly if I’ve concluded that a small aperture is needed to get the depth of field I need. I can turn up the ISO but that will inevitably reduce quality even with newer cameras which give much improved results at higher ISOs. Again, it comes back to intentions. If my end result will only ever be published onscreen then higher ISOs will be more than acceptable. If I want to make a 24” x 16” print, they won’t! A better solution is to use a tripod, assuming movement in the scene isn’t an issue. The real power of the tripod isn’t its ability to hold the camera steady or to lock in a composition. It’s the freedom of aperture choice which is much more powerful. 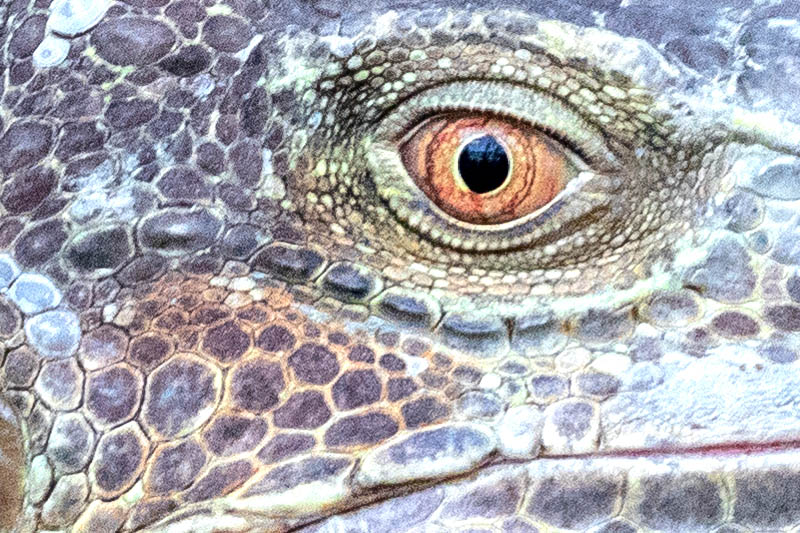 This iguana was shot at 3200 ISO. The image is perfectly acceptable for screen use but the enlarged version clearly shows the quality loss associated with higher ISO settings. 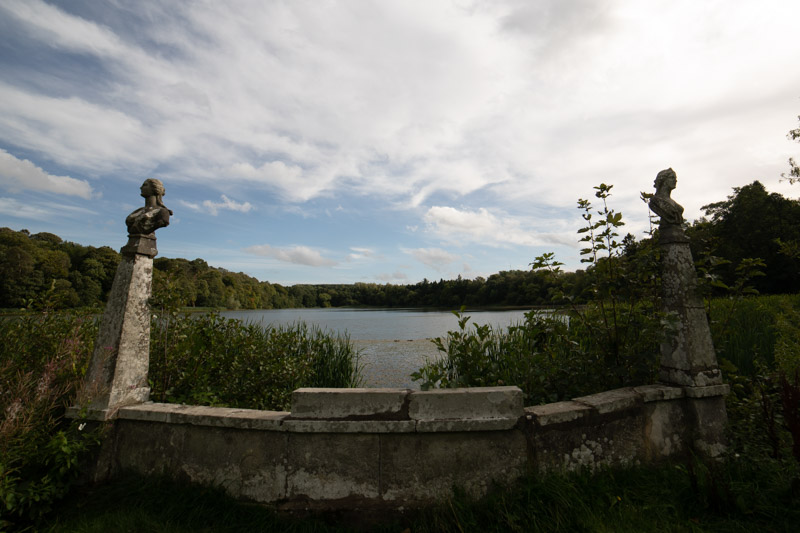 The image on the left was taken with exposure settings recommended using a Centre Weighted Average meter reading. As is often the case, there is considerable loss of detail in highlights and shadows. The shot on the right is the result of blending
3 bracketed shots using HDR Merge in Lightroom.

Then I press the button!

Immediately after I will review the result on the back of the camera. Reading the histogram is essential to see if I’ve lost information in shadows or highlights. If sharpness is a possible issue, I’ll enlarge the preview to check that. If I’m not satisfied I’ll take the shot again, assuming that the ‘moment’ hasn’t passed.

Once upon a time I used to use film in my camera. In those days I would always be attempting to take the perfect picture in camera. I no longer do this. Now I use RAW files so, by definition, I can’t hope for the perfect shot in camera as all RAW files will require some processing before they can be used. Now I set out to record all the information I’ll need to create the image which fulfils my intentions. Post processing is an extension of actual picture taking and consequently I’ll already be bearing that in mind before I take the photo.

It may seem that this is a very prescriptive and clinical approach to taking a photograph, perhaps analogous to a helicopter pilot going through all his start-up checks. Many years ago, I sat beside my daughter who was behind the wheel of a car for the very first time. She was bemused by the number of things she needed to do, some of them simultaneously, before she would be able to drive off. Experienced drivers will carry these steps out effortlessly. It’s not so different with photography – these things become second nature with experience and it all happens very quickly and organically.

Over the years I’ve learned that you get nowt for nowt in photography. Everything has a cost whether it’s reduced quality with higher ISO settings or badly exposed shots because you don’t want to compromise on your chosen aperture and shutter speed combination. It’s the interplay of those features which have multiple effects that makes it all so interesting. For example, aperture isn’t just about the size of the hole which lets the light in – it’s also about how much of your image is in focus and how you choose to interpret what’s in front of you. Shutter speed isn’t just about how long that same hole remains open – it’s also about how the camera will record movement in any scene and whether your shot will have no evidence of unintentional camera movement.

Photography is all about choices and decisions. There are many ways to take any photograph and it is realising your intention for any photograph which is paramount.

This site uses Akismet to reduce spam. Learn how your comment data is processed.